On the Reception of Poetry

While it is true that we are speaking metaphorically when we talk about poetry as procreation, I would argue that all such metaphors demand and reward thorough scrutiny, whether or not they may finally "bear" it. Metaphors have a way of eliding some issues and legitimizing others. When we speak of vanquishing opponents on a football field, we tend to privilege aggressiveness over sportsmanship. More direly, to talk of a "war against cancer" implies that the battle must be carried to the enemy wherever he may lurk, so that a patient finds himself in the position of Donne's sinner who must be ravished by the medical establishment (cut, burned, poisoned) before he can be free of the enemy he has let in. In this spirit of military strategy, doctors may distinguish between 'aggressive' and 'heroic' treatment, although it is unclear whether the heroism of futile struggle is being attributed in this case to the overworked physician, the hapless patient, or the insurer. To paraphrase Wallace Stevens, metaphor is a dangerous thing.

Metaphor is also a two−way street. Generals talk of "surgical strikes" when they wish to vanquish their opponents from a safe distance, albeit with some of the collateral damage that might be avoided in a more traditional, sportsmanlike confrontation on the field of battle. Similarly, I find that John Russell Brown has called our attention to a series of texts that (like roads) lead simultaneously in opposite directions. Theseus and Hippolyta are talking about the relations between art and life, duke and commoner, things said and things heard; and it is finally up to the actors [→page 44] to determine to what degree their debate does neglect the play's action for a metadramatic moment, and to what degree it may be evidence of the Duke's courtship of this Amazon whom he has already wooed and vanquished with his sword.

In the Sonnets, especially, Shakespeare is repeatedly exploring the relation between two kinds of immortality: procreation as poetry (the young man creating a living but mortal image of himself) and poetry as procreation (the poet creating his cold but lasting monument to the same end). The virtue of Shakespeare's literal pen (the instrument he is writing with) is to provide the text that will live wherever words are spoken, by contrast with his figurative pen (his will, his spear, always a notable feature in this poet's green field of discourse), which creates monuments less lasting than bronze, albeit less cold as well.

The young man of the Sonnets, addressed in vain but memorialized triumphantly, is a figure of the limits of procreative poetry, I would suggest; and in this he is anticipated by Horace's envoy to his first book of Epistles (I.xx), where the near equivalency of liber, book, and liber, young man (distinguished only by the length of the first vowel) generates a series of witty—and, I would suggest, rather Shakespearean—variations. The poet's book is now impatient to leave home and venture out into the world; leaving the security of locked bookcases and polished with pumice (like boys and books alike, when offered for sale), it will have a brief life before being remaindered and used as a primer in the provinces; later, perhaps, it will regain its lost audience and will be able to record and immortalize its author's name and history. Just so does Shakespeare half−identify himself as his work's only begetter (a tautology in the realm of literal begetting, a palpable falsehood in that of poetic creation), and measure the distance between warm desire and cold monumentalizing.

English offers a comparable pun on sun and son, with memorable examples from Shakespeare and Milton, as well as virtually every other poet in the great tradition. Milton's anxious invocation of holy light in Paradise Lost, with its uncertainty over expressing divine paternity in human terms, looks forward to the extended treatment of this most problematic of metaphors in Paradise Regained. Most concisely, however, Ben Jonson offers a poignant example of the corollary to Horace's and Shakespeare's treatment of poetry as procreation, when he writes of the death of his first son. If poems are cold monuments indeed, compared to living offspring, and products as much of tradition as of the individual talent, what then can one say of one's dead child, Benjamin jr? Only that "here doth lie ⁄ Ben Jonson his best piece of poetry." More truly his than any non−metaphorical piece of poetry, and colder.

I’ve been thinking about the way, when you walk 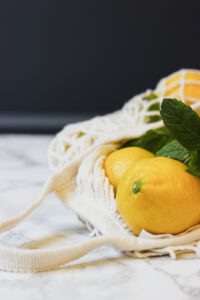 down a crowded aisle, people pull in their legs
to let you by. Or how strangers still say “bless you”
when someone sneezes, a leftover
from the Bubonic plague. “Don’t die,” we are saying.
And sometimes, when you spill lemons
from your grocery bag, someone else will help you
pick them up. Mostly, we don’t want to harm each other.
We want to be handed our cup of coffee hot,
and to say thank you to the person handing it. To smile
at them and for them to smile back. For the waitress
to call us honey when she sets down the bowl of clam chowder,
and for the driver in the red pick-up truck to let us pass.
We have so little of each other, now. So far
from tribe and fire. Only these brief moments of exchange.
What if they are the true dwelling of the holy, these
fleeting temples we make together when we say, “Here,
have my seat,” “Go ahead — you first,” “I like your hat.”

From The Book Thief
by Markus Zusak 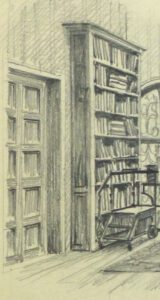 She said it out loud, the words distributed into a room that was full of cold air and books. Books everywhere! Each wall was armed with overcrowded yet immaculate shelving. It was barely possible to see the paintwork. There were all different styles and sizes of lettering on the spines of the black, the red, the gray, the every-colored books. It was one of the most beautiful things Liesel Meminger had ever seen.

With wonder, she smiled.

That such a room existed!