Home » Self-Imposed Fetters: The Productivity of Formal and Thematic Restrictions

Self-Imposed Fetters: The Productivity of Formal and Thematic Restrictions 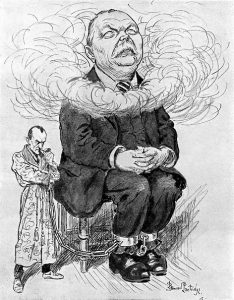 One of the most remarkable (and, indeed, paradoxical) accounts of literary genesis consists in the appreciation of limitations and restrictions as the condition of creativity, as well as of the scope and depth of representation. Why is it that writers seek to impose restrictions upon themselves so as to set free their powers of imagination? What is it that those restrictions bring about? These questions entail a number of others, such as: Is there a relationship between formal restrictions, such as the fourteen lines of a sonnet, and thematic ones, such Jane Austen's focus on the domestic life of three or four gentry families, her decision to work on a “little bit (two inches wide) of ivory”?

In order to address these questions, contributions may explore, for example, paratextual and poetological statements and compare them to a writer's creative work, or they may focus on the analysis of literary texts that expressly or implicitly (e.g. metaphorically) dwell on the effects of self-imposed or willingly accepted fetters. Texts may also foreground certain delimitations, formal and thematic, whose effect is then to be considered by the audience or reader. An example of the latter is the choice of a small island setting for the exploration of human relationships, or the adoption of a very tight form (such as the villanelle) which may produce intense effects impossible to bring about otherwise.