This month, April 2021, we are celebrating the anniversary of the birth of Henry Vaughan, one of the most fascinating Early Modern English poets. He was born on 17 April 1621, at Newton-upon-Usk, Brecknockshire, Wales, together with his twin-brother Thomas, who later devoted his life to chemistry and pharmacy. Henry Vaughan’s interests were similar. After studying at Jesus College Oxford and perhaps serving on the royalist side during the civil war, he settled down in his native Brecknockshire, where he practiced as a country doctor until his death in 1695.  The beginning of his medical practice is assumed to coincide with the publication of the second volume of Silex Scintillans, translated “the sparkling flint”, in 1655. In that year he published a translation of a Latin medical treatise by Heinrich Nolle, under the title Hermetical Physic: or, the Right Way to Preserve, and to Restore Health. “Hermetical” means that this was a work in the newer tradition of medical knowledge, going back to Paracelsus and his iatrochemical (i.e. medico-chemical) approach. The older tradition, however, associated with the name of Galenus and the notion of the four temperaments, continued to be observed by Vaughan in his medical practice. According to Paracelsian concepts, the secret virtues of natural substances were to be unlocked and made serviceable. Vaughan’s poetry, and especially the religious poetry of Silex Scintillans, is marked by his fervid interest in nature and its secrets. We notice echoes of hermetical physic even in the first volume of Silex Scintillans, published in 1650. In the poem “The Sap”, for example, we read about “the secret life, and virtue” that lies in Jesus’ “sacred blood” which became “our sap, and cordial”. In accordance with the Paracelsian principle of correspondence, this cordial is going to join “A powerful, rare dew” that lies within the human addressee of the poem; a dew “Which only grief and love extract”. The cure of the body and the cure of the soul follow the same principles. The concept of correspondences between the human body and soul and the natural world outside is found throughout Vaughan’s poetry. In that respect he not only looks back to principles of macrocosm and microcosm but also looks forward to much of what we are going to read later in Romantic poetry. (Just as the desire to go back to childhood ceases to strike us as an invention of Romanticism once we have read Vaughan’s poem “The Reatreat”.)

A beautiful example of Vaughan’s vision of sickness and health is his poem “The Shower”, a most fitting title for the month of April. One of the still fairly recent medical discoveries was the circulation of the blood by Gabriel Harvey in 1628. To Vaughan, this must have been most plausible since he was deeply intrigued by circular processes, such as the water cycle in nature. In “The Shower”, the speaker addresses the shower itself and describes it as the result of a process of infection. This is then related to what is going on with the speaker himself. The natural, physiological and moral processes are linked. As we can see against the background of Vaughan’s hermetical beliefs, the shower is not just a poetic simile for the poet’s state of mind and body and soul but actually following the same principles. This very connection makes the notion of hope at the end much more powerful. The fact that there will be sunshine after rain is not a cheap metaphor of consolation but a valid reason for optimism when it comes to our own deficiencies.

’Twas so, I saw thy birth: That drowsie Lake

From her faint bosome breath’d thee, the disease

Of her sick waters and Infectious Ease.

But, now at Even,

Too grosse for heaven,

When all else stray

The smoke, and Exhalations of the brest.

Yet, if as thou dost melt, and with thy traine

Of drops make soft the Earth, my eyes could weep

O’re my hard heart, that’s bound up and asleep,

My God would give a Sun-shine after raine. 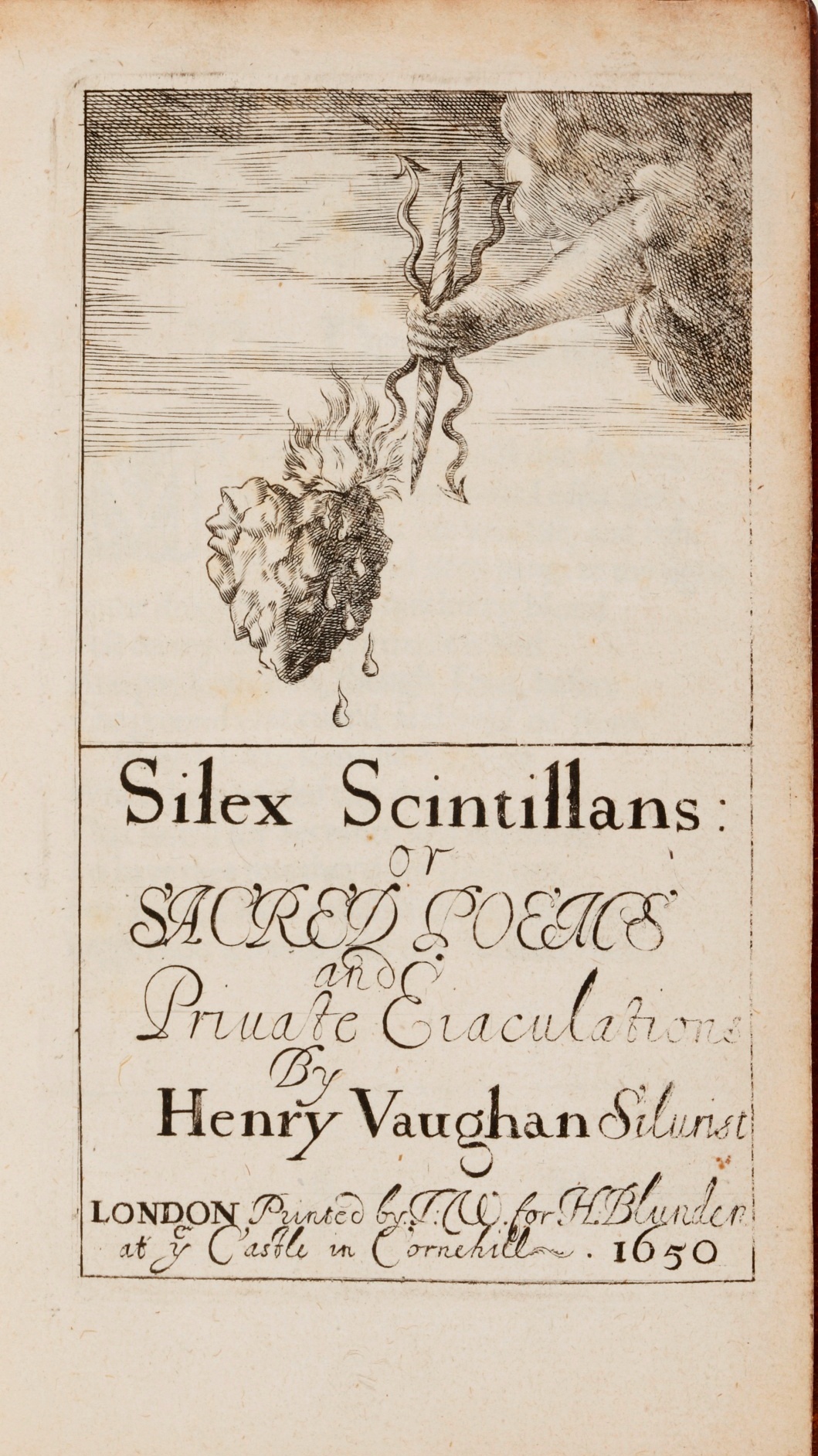 See also the articles in Connotations on Henry Vaughan: https://www.connotations.de/?s=vaughan